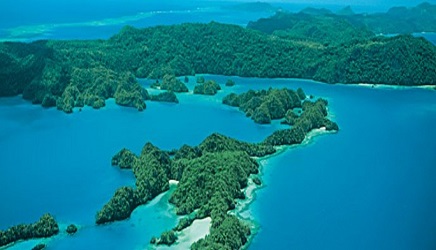 Here is your opportunity to discover a South Pacific paradise well off the tourist map. Aboard the deluxe m/s Paul Gauguin, you’ll visit hidden gems that are inaccessible to larger vessels, as you cruise from Fiji to New Caledonia and Vanuatu and back again. Begin your discoveries in Lautoka, at the heart of Fiji’s sugar industry, where you’ll board your award-winning small ship. Then, sail to New Caledonia, where you’ll call on three exotic ports: Ile des Pins, named by Captain James Cook for its landscape of stately pines … the islands’ capital, cosmopolitan Noumea and Ile de Lifou, where local traditions are proudly maintained. Next, call on two of the islands that comprise the nation of Vanuatu. On Tanna Island, admire incomparable natural beauty above and below the sea, as well as a unique culture largely untouched by the West. Continue on to Port Vila, on the island of Efate, where you’ll find a rich artistic heritage of storytelling, song, dance, and art. Your voyage ends where it began—in Lautoka—where you’ll disembark, treasuring memories of a one-of-a-kind, once-in-a-lifetime voyage.

Fares are in USD and are subject to availability and change without notice. Fares are based on lowest available and may differ at time of booking. All flights must be added. For more information or full terms and conditions please contact one of our travel specialists.

*Rates are subject to availability and changes without notice. Rate are based on the lowest available and may differ at time of booking. Other travel dates may be available at an additional cost.
Rates maybe subject to change due to Exchange Rate fluctuations. Use currency converter as a GUIDE ONLY.
For more information and other conditions please confirm with our Travel Specialists at time of booking.

Day 1 Embark the m/s Paul Gauguin in Lautoka, Viti Levu
Fiji Located on the west coast of Viti Levu, the largest of the Fijian islands, Lautoka is known as “Sugar City” for the green-gold sugarcane that surrounds it on three sides. Here, you’ll embark your luxurious floating home for the next 10 nights: the m/s Paul Gauguin.

Days 2-3 At Sea
Take advantage all The Gauguin has to offer. Perhaps you’ll enjoy a massage at our luxurious spa … toss back a drink at Le Grille … relax poolside, watching the South Pacific slip by … play some table tennis … and take advantage or our Reading Library.

Day 4 Ile des Pins, New Caledonia
Located about 750 miles east of Australia, New Caledonia, like its South Pacific neighbor, was once a penal colony. There could surely be no more idyllic place to be incarcerated than these sleepy islands with white-sand beaches, entirely surrounded by a pristine lagoon. Discovered for Europe by Captain James Cook, these islands were settled by Britain and France during the first half of the 19th century, eventually becoming a French possession in 1853. Today, while New Caledonia is becoming increasingly independent, it retains its French sophistication, blended with influences of its Melanesian heritage. You’ll begin your discovery of these islands in the Ile des Pins. This island received its name (literally, Isle of Pines) in 1774 from Captain James Cook, who first glimpsed it on his second voyage to New Zealand. The local Kunie people will make you feel right at home as you enjoy diving, snorkeling, or bicycling in this tropical paradise at the southern tip of the archipelago.

Day 5 Noumea, New Caledonia
An important Pacific military base during World War II, Noumea boasts the most sunshine of any Pacific island capital and is also the most European-influenced. Just off the coast, an impressive barrier reef shelters 350 species of coral and 1,500 species of fish. You’ll have a full day to explore the cosmopolitan capital of these islands. Stroll through Coconut Square in the heart of the city, discover Chinatown, or browse the boutiques along rue de Sébastopol. Admire colorful tropical fish at the Aquarium of the Lagoons, or learn about the island’s heritage at the Tjibaou Cultural Center and the Museum of New Caledonia. Or simply enjoy the beach.

Day 6 Ile de Lifou, New Caledonia
The largest of the Loyalty Islands, Ile de Lifou is a devoutly Christian island, due to the work of 19th-century Anglican and French Catholic missionaries. Yet, the friendly people of this island also proudly maintain the customs of their heritage, as you may see in their agricultural techniques and traditional huts. The waters off the Ile de Lifou offer some of the most extraordinary visibility you are ever likely to encounter, and the topography is just as magnificent as the marine life you are apt to see.

Vanuatu In 1774, Captain James Cook became the first European to visit Tanna Island, which was settled by Melanesians around 400 BC. Although merchants and missionaries followed in his wake during the 19th century, the island retains a traditional culture largely untouched by the West. Perhaps you’ll visit a local village during your day-long stay here. Most visitors, however, come to Tanna Island for its natural wonders. Perhaps you’ll visit Mount Yasur, one of the world’s most accessible volcanoes, or snorkel amid some of the best coral in the South Pacific. Go swimming in stunning underwater caves … hike the Whitefrass Plains, where horses run wild … or view spectacular waterfalls. And return to the ship thrilled that you’ve had a chance to explore one of the undiscovered gems of the South Seas.

Day 8 Port Vila
Vanuatu In the South Pacific, about three-quarters of the way from Hawaii to Australia, lies the island nation of Vanuatu. Tradition and culture remain strong in this archipelago, where 80% of the population lives in thatched-hut villages surrounded by thick jungle. From your port call on the capital city, Port Vila, on the island of Efate, you can discover a rich artistic heritage of storytelling, song, dance, and art, including tattoos, masks, and carvings. Those interested in the natural world can admire large open stretches of water, dense jungle, and a mountainous terrain, as well as a wide variety of sea life.

Day 9 At Sea
Spend the day enjoying The Gauguin’s Polynesian ambiance: casual, leisurely , and elegant. Perhaps you’ll work out in the fitness center and later enjoy specialties inspired by one of the top chefs of Paris over dinner in La Veranda.

Day 10 Suva, Viti Levu
Fiji The capital of Fiji since 1883, Suva is located on rugged Viti Levu, the largest of the island chain and home to 75% of the country’s population. Suva itself is the largest urban area in the South Pacific outside of Australia and New Zealand. Perched on a hilly peninsula between two harbors, it boasts a fascinating mix of modern and colonial architectural, as well as a sophisticated ambiance. Perhaps you’ll visit the Fiji Museum or Handicraft Centre, or stroll the Victoria Parade, the city’s main street.

Day 11 Disembark in Lautoka
Fiji End your idyllic voyage in Lautoka, where you might take advantage of the opportunity to browse the shops that line its stately, royal palm-lined main thoroughfare. Or perhaps you’ll visit its beautiful botanical garden.

Launched in 1998, the renowned, 5+-star m/s Paul Gauguin was built specifically to sail the waters of Tahiti, French Polynesia, and the South Pacific and is the longest continually operating year-round luxury cruise ship in this enchanting destination. No other luxury ship in history has offered this level of single-destination focus and expertise on a year-round basis for such an extended period of time.