Travel with our Rabbitohs ambassadors 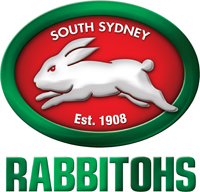 Do you want to Fly with the Falcon or Go with Geddes?

Join FirstClass.com.au, the Official Premier Travel Partner of the South Sydney Rabbitohs, for an amazing experience like no other on our 2016 escorted travel packages.

Travel with our Rabbitohs ambassadors, NRL greats Mario Fenech and Scott Geddes, and cheer the Bunnies on reclaiming the premiership in 2016!

All packages are fully escorted by one of our expert FirstClass consultants and include Premium Flights, top Quality Accommodation, Great Tickets to the game, Luxury Airport and Game Transfers plus Exclusive Experiences.

Be a part of this team’s Sensational Support out of state and travel in style with the “Falcon” or the “Geddes”.

Book now at these special member’s prices. Once the limited allocation is gone the prices will increase. Secure your place now to avoid missing out on this unforgettable experience.

In 2016 FirstClass and the Rabbitohs will be again travelling to Cairns and Perth to watch the Bunnies take on their rivals! Take a look at the pictures from the previous successful trips below and get a tastes of what to expect on future packages.

All of our trips are based on 3 nights from Sydney. If you want to stay for 2, 4, 5 nights or even a week then we can easily arrange this for you. We can even fly you from Melbourne. Brisbane or any other departure point and not just Sydney.  Please note that Rabbitoh Ambassadors, travel escorts and airport resort transfers are only available on the Sydney flights advertised.

If you are interested in organising a personal trip to any of the other Rabbitohs games in the 2016 season please contact us on 1300 30 80 81 or Rabbitohs@firstclass.com.au

The Rabbitohs versus The Gold Coast Titans in Cairns

Our inaugural package with the South Sydney Rabbitohs was a fantastic success. Our team leader Garry and Mario Fenech along with 40 keen Rabbitohs fans headed to Cairns in mid June to watch the team take on te Gold Coast Titans.

A great time was had by all those who went on the trip and some fantastic memories were made with the Rabbitohs taking down the Titans with a 30 to 24 win.

A select few from the group took to the green at the Paradise Palms Country Club just outside of Cairns with Garry and Mario slipping away with the lead in the tournament on the day.

A very special thank you must also go to Mario Fenech (and of course his lovely wife Rebecca). Without his patience, friendliness and approachability, this trip would not have been the success that it was. And we’re looking forward to next year already. Nearly has everyone has already said that they’ll be back next year, so we’ll let you know the details as soon as they come to hand.

The Rabbitohs versus the New Zealand Warriors in Perth

Our final package for the year, the trip to Perth with the South Sydney Rabbitohs was one to remember. A fantastic 30 to 13 win by the Rabbitohs was the highlight of the weekend and the clients who travelled with us were all cheering them on from the best seats in the stadium.

Those on the trip to Perth instead got to Go with the Geddes! As the trip was joined by Rabbitohs great Scott Geddes. At the airport the package group were joined by the full Rabbitohs team, including Reggie the Rabbit, at check in and we were seated with the team on the flight. The plane was abuzz with excitement and the group loved talking to the team during the trip.

Upon arrival in Perth we checked into the Novotel Langley, which turned out to be exactly where the Warriors were staying during their stint in Perth, the group were even lucky enough to meet them a breakfast and to share some friendly banter across their eggs and bacon. After a relaxing night in the Novotel it was time for another golf tournament at the Vines Country Club, FirstClass’ Garry came out on top again trumping fellow Rabbitohs sponsor Irwin.

Sunday morning was the “Captains Run” where 500 keen supporters watched on as the Rabbits went through their final training session before the game. That afternoon heralded the start of the game at NIB stadium, the 20,000 person strong crowd was electric with a strong Kiwi support base for the Warriors from the local miners. The game atmosphere was intense, almost like a grand final, and the result could have gone either way. The Rabbitohs pushed ahead though trumping their cross Tasman rivals in the final quarter to seal the winning place.