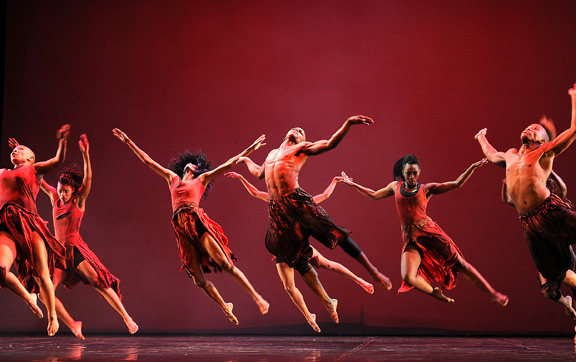 Cape Town theatres are dynamic and versatile. Everything from Shakespeare to poignant drama pieces glides across the fair Cape’s stages. Residing in the shadow of Table Mountain, Cape Town’s playhouses offer you the theatre you want, the stages you need, and the drama you deserve.

Theatre on the Bay, Camps Bay

Kirstenbosch Summer Sunset Concerts are a wonderful way to spend a Sunday evening in Cape Town. All music lovers are catered for in the open-air amphitheatre from, rock, jazz to big band Swing. Enjoy the breathtaking setting of the botanical gardens with a picnic and a bottle of wine. The concerts take place every Sunday beginning in November and ending the following April. 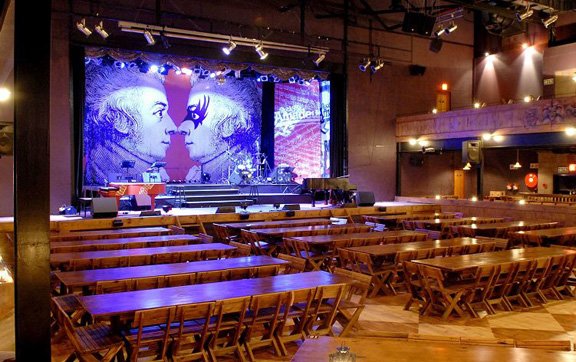 The City of Gold is theatre rich and will leave the culture vulture spoilt for choice. From Soweto to Sandton, there’s something for everyone. From Broadway shows to Shakespearean dramas to heartfelt local stories. There are also excellent student productions, and gambolling musicals, dramas, comedies, children’s productions, and even experimental fare.

Pieter Toerien’s Theatre at Monte Casino opened in November 2000 with the record-breaking comedy hit “Defending the Caveman”. Since then it has been the home to the best shows in town.

The Globe Theatre opened in the early 1890’s and hosted the first moving picture shows in South Africa. This theatre with its’ warm and intimate atmosphere presents a variety of entertaining revues, music and comedy shows.

The Lyric Theatre is a luxuriously styled 1100-seat theatre which is reminiscent of the opulence of the world’s great opera houses with its plush fittings and rich atmosphere. The Lyric has already established itself as one of Jozi’s top entertainment venues, presenting world class Broadway and West End productions, local and international musicians, ballet, comedy and much more.

A superb multipurpose theatre that hosts world-class dance extravaganzas, musicals, and plays. This state of the art theatre is the ideal venue to break free from hustle and bustle of the casino and entertainment complex and entice your senses with a cultural injection.

A visit to Johannesburg is incomplete without a night out at this internationally acclaimed theatre, made famous as the first integrated theatre, playing a pivotal role in the struggle against Apartheid through the encouragement of debate and challenging ideas. The complex still retains the ambience and spirit of a marketplace. The theatre itself is infused with theatrical history, from the posters of Athol Fugard plays that premiered there to Grammy and Tony award-winning musicals like Sarafina.

Theatre on the Square, Sandton 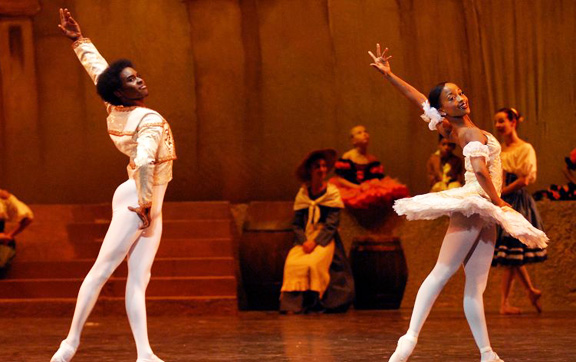 South Africa has many quirky theatres offering excellent value for money and some unique shows. From major towns to off-the-beaten-track destinations, we have a wide array of quirky and intimate theatre options to suit the ‘on the fringe’ needs of our culture vultures.

It is virtually a sacrilege, if anywhere in the vicinity of Darling, not to visit Evita se Perron – something of an institution, and the home of Evita Bezuidenhout, more fondly known as Tannie Evita, the nemesis of Pieter-Dirk Uys. It is nothing short of genius that the country’s most famous white woman, has chosen a town with the name of ‘Darling’ in which to reside. Evita se Perron is at the old Darling railway station, and is a combination of a theatre that seats 80, a restaurant-bar in the form of Perron number 2, Evita se kombuis (kitchen), which offers a selection of boerekos (traditional ‘farmers’ food) with a twist, and Bambi’s Berlin bar. During October, November, and December the following productions will be available: A Koeksister for Zuma, Desperate First Ladies, Icons and Aikonas and Evita’s Xmas Tree.

Madame Zingara’s Theatre of Dreams, the Grande Dame of burlesque, is a unique dinner cirque spectacular which enchants, captivates and inspires all who pass through her stained glass doors and enter her magical world. Housed in one of the last remaining Mirror Tents in the world, Victoria is a magnificent twenty-five metre velvet big top that has toured the globe for the last eighty years. Her ornate mirrored column’s, rich velvet drapes and beveled booths transport one back to a by-gone era where cirque and magic ruled the world. After a sensational season in Cape Town, Madame Zingara will soon be thrilling Johannesburg audiences with her inimitable blend of decadent dining and breathtaking entertainment. Madame Zingara’s Theatre of Dreams will be located at Melrose Arch from September to December 2010. Booking is essential. 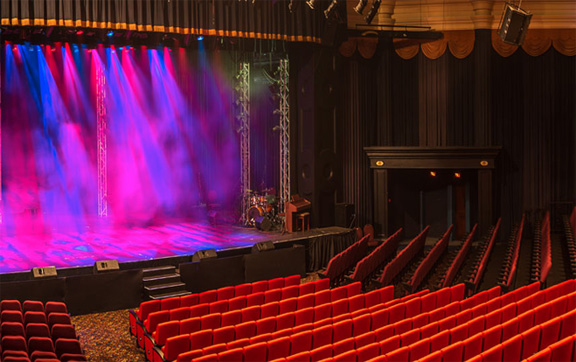 The Grimaldi Theatre Hall at the Karroo Theatrical Hotel provides a stage for Lady Leyla Lamborghini, who appears most Saturday nights, miming her way through cabaret favourites in-between countless costume changes. The show starts after all the hotel guests have had the first two courses of an enormous three-course dinner. This is because Lady Leyla’s alter ego, Jacques Rabie, first, has to cook dinner. Jacques and his partner Mark Hinds bought the hotel six years ago, lovingly restored it and renamed it the Karroo Theatrical Hotel. The foyer is adorned with old photographs, pretty antiques on decorative tables, plenty of gold paint and a friendly cat draped over the reception desk. The shaded stoep (veranda) outside has one of the best views of the town, and the pool is pure bliss in the hot summer months.

For more details, please contact one of our Travel Specialists.