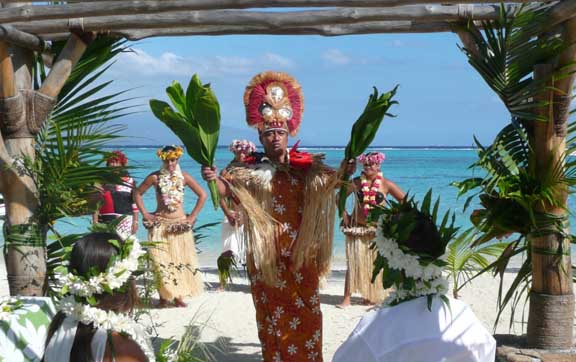 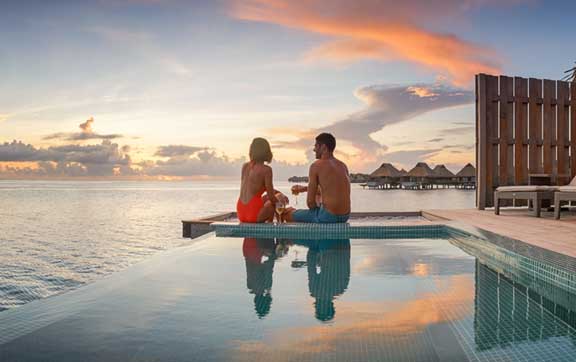 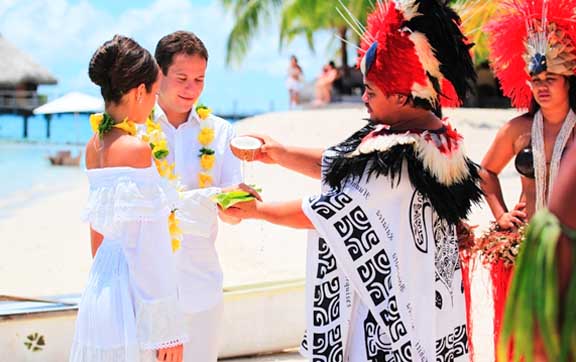 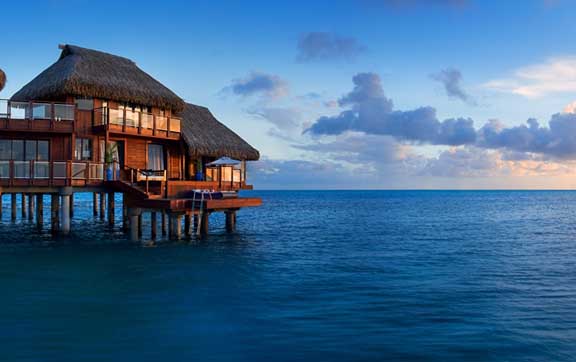 Tahiti. The word evokes visions of an island paradise. With 118 islands and atolls that comprise this ideal South Pacific destination, the islands of Bora Bora, Moorea, Taha’a and beyond continue to seduce travelers in search of a tranquil escape. With islands boasting high, rugged mountain peaks, coral reefs, white sand, palm-fringed beaches, turquoise blue lagoons and emerald-green waters, this island paradise has something for everyone.

There is no better place to celebrate your new life together!

Easier to travel to than most imagine, Tahiti is halfway between Los Angeles and Sydney, Australia, in the same time zone as Hawaii and on the same side of the International Date Line as North America.

The most visited of the archipelagoes is the Society Islands — home to Bora Bora, Moorea, Taha’a and the largest island in French Polynesia, Tahiti. The Society Islands are a group of high, tropical lush islands encircled by coral reefs — offering beautiful azure blue and turquoise lagoons, the world’s most ideal location for Tahiti’s signature overwater bungalow.

While the guests are in their bungalow, the priest’s assistants will come to dress up the bride and groom with white pareu (painted wraps, like sarongs). The couple is adorned with specially created flower crowns and leis. The ceremony includes traditional gowns, a priest, a group of dancers and musicians, tropical flower arrangements, leis and crowns and a wedding certificate made of traditional “tapa”. The couple is then wrapped in a “Tifaifai” (Tahitian quilt) following the ceremony. After the ceremony, a cocktail is served to the couple. A romantic dinner can be prepared on a secluded, private islet, on the beach, or at a restaurant especially for the wedding couple. A professional photographer takes pictures of the ceremony. A memorable “tapa” with the couples’ joint Tahitian name will be given to commemorate this unforgettable occasion.

There is no better place to celebrate your new life together or to celebrate a milestone of your relationship. Tahiti, officially known as French Polynesia, is comprised of 118 romantic islands and atolls.

Each of the many islands of Tahiti is a tiny paradise. Some isles are crowned with jagged peaks soaring magically out of the ocean in an explosion of green velvet while others appear as if gracefully tossed upon the ocean – barely floating above the breaking waves.