A Barcelona Holiday means a beating heart of culture, music, dance and partying – it truly is a city in which it is impossible to be bored. No matter what you are looking for there is bound to be something for you amongst the endless streets and alleyways of this ancient thriving city. From Gaudi’s unique Sagrada Familia, to the shopping and partying of La Rambla, the artistic thrill of the Pablo Picasso Gallery or the lights of the FC Barcelona Stadium, Barcelona will not disappoint.

So set your sights on this iconic Spanish city for a holiday that will create memories to last a lifetime.

10 Things to Do on a Barcelona Holiday 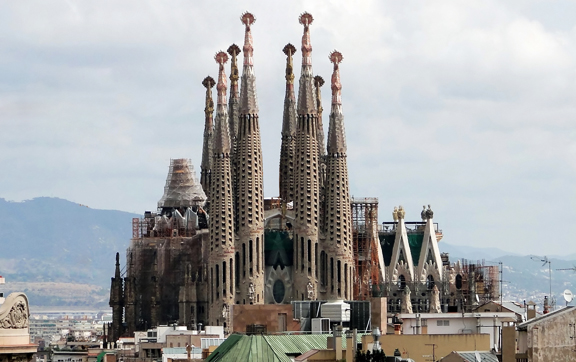 La Sagrada Familia is the most popular attractions in Barcelona, attracting nearly 2.8 million visitors each year. It is a large and intricate basilica designed by Antoni Gaudi. Construction began in 1882 and continues to this day. The building is predicted to be completed within the next 30 years. Visitors will be captivated by the design elements and the religious symbolism built into all the spaces of the church. A glorious exterior and interior make La Sagrada Familia truly unmissable. 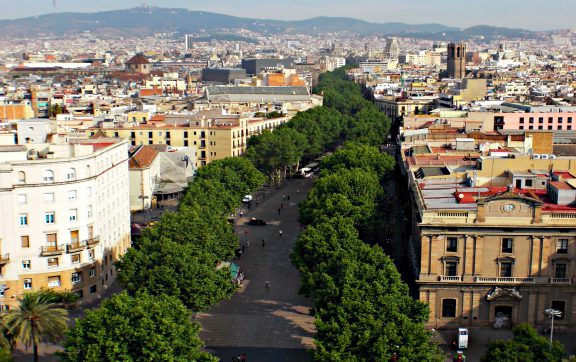 This is probably the city’s most famous street and is a bustling hive of activity. It is often called Las Ramblas because it is actually a series of several different streets that all have a distinct feel. Located just off Plaza Catalunya and leading right down towards the port and beach, visitors will find street performers, lots of bars and restaurants and the fabulous Boquería Market, a true feast for the eyes. 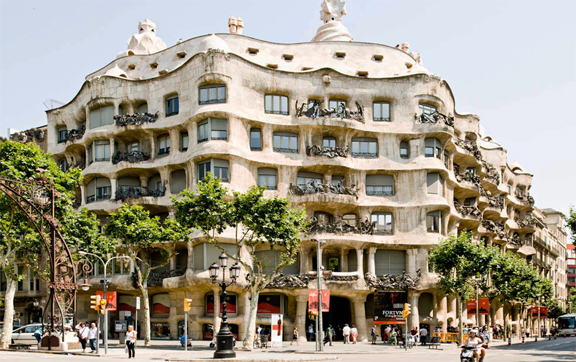 Built between the years 1906 and 1910, Casa Milà (La Pedrera) was the last civil work designed by Catalan architect Antoni Gaudi. The colorful building is considered one of the artist’s most eccentric and enticing architectural creations with not one straight edge on the exterior. Tours of the interior and the incredible roof structures are available. It also hosts a large exposition of Gaudi works, covering Sagrada Familia and Casa Batlio, not only La Pedrera itself. 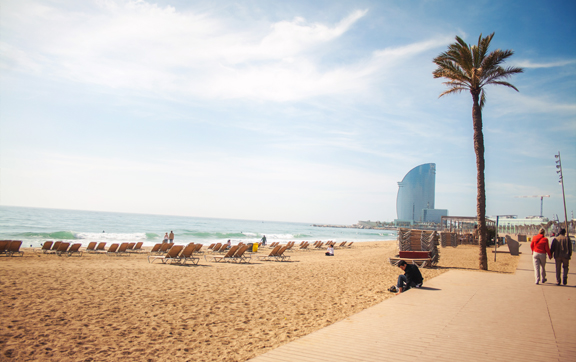 Out of Barcelona’s seven different beaches, stretching over 4.5 km (2.8 miles) of coastline, Barceloneta probably tops them all. It is one of the most popular and is closest to the city center. Along the 1,100 meter (3,600 feet) sandy beach runs a walkway popular with joggers and cyclist. Not surprisingly this place can get crowded, especially during the summer months when the beach bars open up and the beach quickly fills up with locals and tourist. 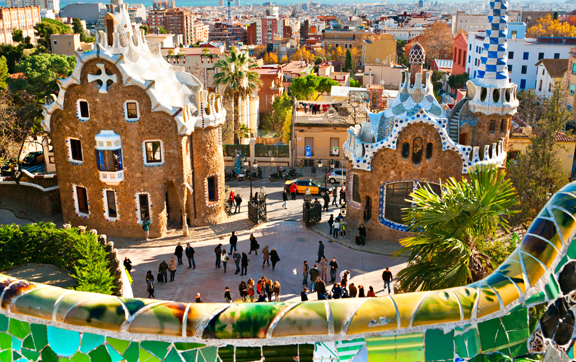 With other major works in the city including La Casa Batlló and La Pedrera, this has to be one of Antoni Gaudí’s most celebrated and it is certainly one of the most emblematic of Barcelona. The area was originally meant to be a residential property development with Gaudi doing much of the planning and landscape design. Only two houses were built and the land was later sold to the city of Barcelona and turned into a park. It is home to the famous Salamander sculpture, as well as other buildings and structures designed by the architect. With stunning views of the city, this is a magical experience. 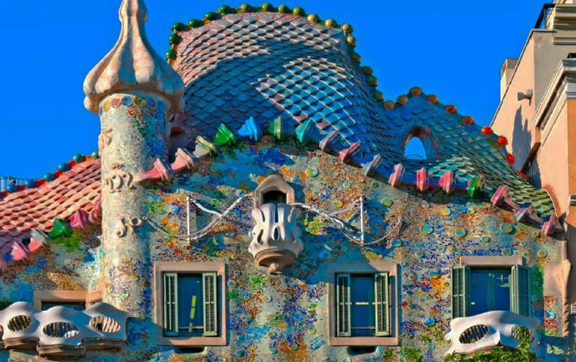 The Casa Batlló, a remodeled nineteenth-century building, is one of Gaudí’s many masterpieces in Barcelona. Often overlooked for La Pedrera, La Casa Batllo is equally as stunning with its unique architecture and infamous two ornamental pillars in the entrance to the terrace. Its unique interior is just as extraordinary as its fairytale-like exterior. 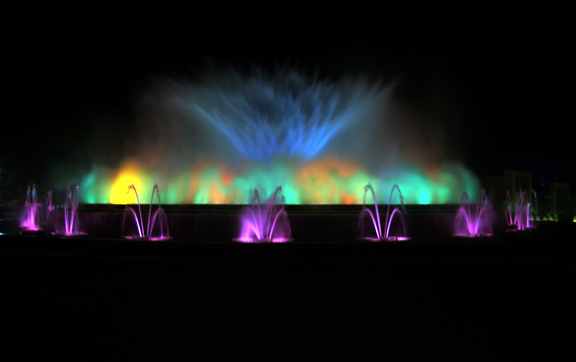 Font Màgica is a fountain located below the Palau Nacional on the Montjuïc hill and near the Plaça d’Espanya and Poble Espanyol de Barcelona. The fountain, like most of the surrounding developments, was constructed for the 1929 Barcelona International Exposition. On selected evenings, when the fountain is activated, it attracts hundreds of visitors who watch the spectacular display of light, water and music. At the same time, the Palau National is illuminated, providing a beautiful background. 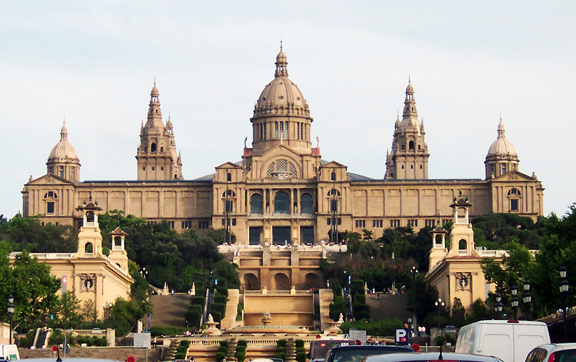 Montjuïc is a broad shallow hill with a relatively flat top to the southwest of the city center. The eastern side of the hill is almost a sheer cliff, giving it a commanding view over the city’s harbor immediately below. The top of the hill was the site of several fortifications, the latest of which remains today. Another interesting sight is the Palau Nacional (National Palace), originally built as the central pavilion for the International Exhibition. The majestic building in neo-Baroque style is home to the Museu Nacional d’Art de Catalunya (MNAC). Montjuïc is also home to a number of sports facilities built for the 1992 Olympics. 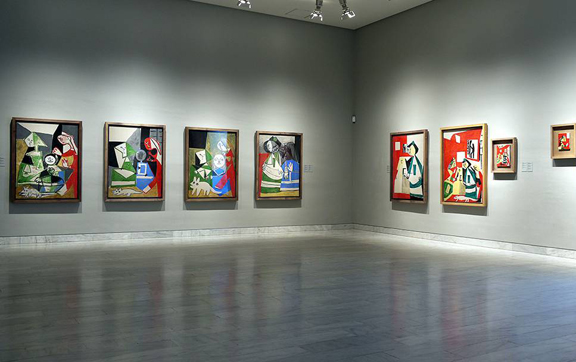 With over 4,000 works by the painter, the Museu Picasso houses one of the most extensive collections of artworks by the 20th-century Spanish artist Pablo Picasso. In particular, the Museu Picasso reveals Picasso’s relationship with the city of Barcelona, a relationship that was shaped in his youth and adolescence, and continued until his death. The museum is housed in five adjoining medieval palaces in Barcelona’s La Ribera. 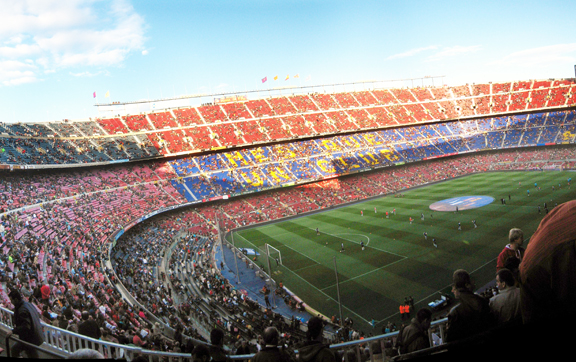 One for the sports fans, yet still one of Barcelona’s most popular attractions. This stadium is home to formidable European football champions F.C. Barcelona. With a capacity of 99,000 people, this breathtaking sporting arena is Europe’s largest. A tour of the ground is definitely worthwhile and you never know, you might be lucky enough to catch a game!

$5,750
Finnair with Qantas to Europe Business Class
Sale until 17Apr20

A Breath of Fresh Air, or Not: Air Pollution in Holiday Destinations
With bushfire smoke choking New South Wales, we take a look at popular [...]
Northern Spain by Garry – Barcelona to Santiago de Compostela
Typically overlooked, Northern Spain remains an undiscovered gem to many [...]
10 Must See Historical and Cultural Sites of Spain
The historical and cultural Spanish sites that are a must for your next [...]