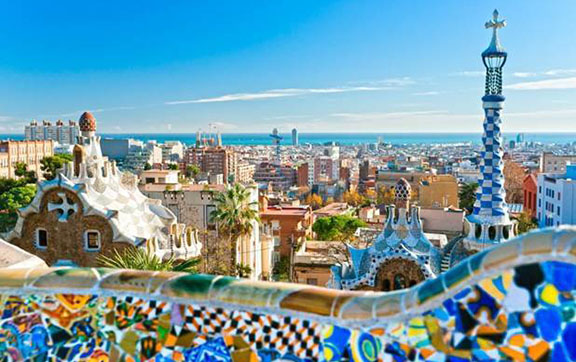 Barcelona is one of the best known Spanish cities that was the former capital of Spain before it was relocated to Madrid in the 19th Century. The Gothic quarter is my favourite place where you can meander down its myriad of narrow streets, boutique shops, bars and restaurants.

We were in Barcelona for 4 nights but could easily have stayed longer. We stayed in the heart of the old town in the boutique Arai Aparthotel which is a renovated 18th century palace.

Gaudi’s influence in the city is a must see tour. Parc Guell, Casa Batllo and La Pedrera are all fabulous to see. The most famous of all his works though is the Sagrada de Familia. Barcelona’s “new” Cathedral which may be completed in 2030, 150 years after it was started. We did a 3 hour Gaudi tour by Segway but this only allows short periods in each place. You could easily spend a day at Sagrada de Familia. Right in the heart of the old town is Barcelona’s Gothic Cathedral. Started in 1298 and also took 150 years to build, it is spectacularly beautiful inside. There are just so many things to see and do in Barcelona…in short, we loved it. 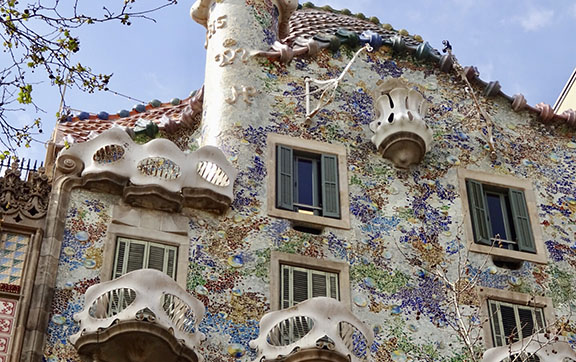 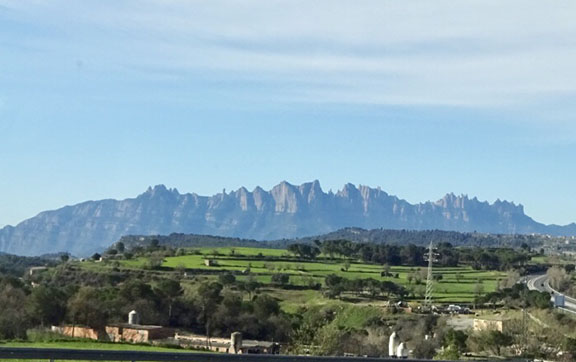 Around 1 hour outside Barcelona is a rock formation in the middle of a flat landscape not unlike our own Uluru/Ayer’s Rock.  Montserrat is a 15th century monastery set on the top of 1200m rocks. Unlike the builders of the monastery 500 years ago or the monastic hermits who first lived there over 1000 years ago, you now have a variety of easier, more relaxing options to visit this incredible structure. We chose to go by car up the hairpin bends overtaking the various mountain cyclists but a chairlift or mountain rack-train  are other easier and relaxing options. Once you reach the Monastery it is all worth it. You can also take another funicular train if you fancy getting another 300 metres nearer to the top of the mountain. From there it is a 30 minute climb to the original hermit rest with views as far as the Mediterranean coast or the Pyrenean mountains. Another truly magical experience. 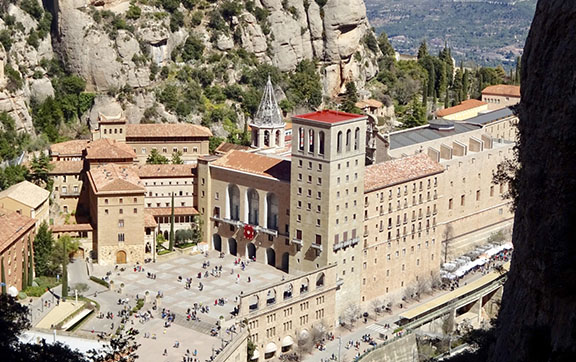 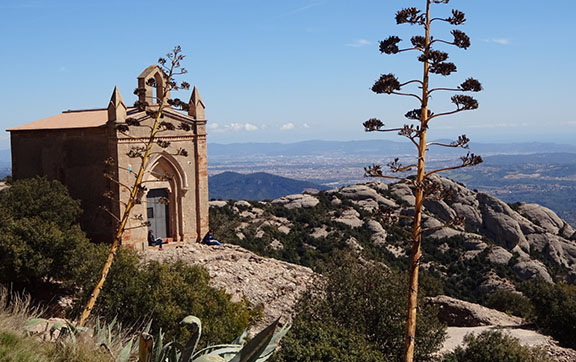 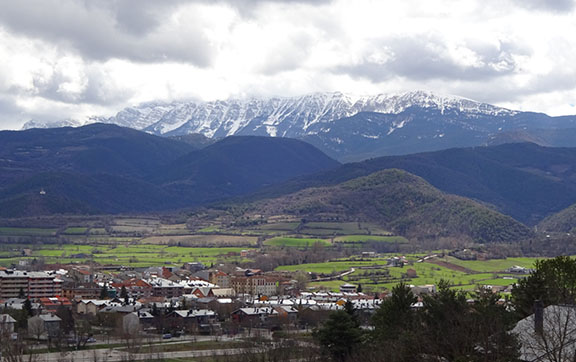 Next stop is the  La Seu d’Urgell.  El Castell de Ciutat is a Relais & Chateaux Spa Hotel nestled at the foot of the Pyrenees.  We lost count of the times that we looked at “our” snow capped mountain from the terrace outside our room. The hotel boasts two superb restaurants, spa, gymnasium and even an outdoor heated spa pool where you can take in the views in the crisp mountain air. Just 30 minutes’ drive away is Andorra; the mountainous, autonomous state between Spain and France. We were lucky to go from sunny warmth at the spa to the ski resorts of Soldeu and Pas de la Casa with falling snow and even a Pyrenean Mountain dog…..in the Pyrenean Mountains of all places…Who would have believed it. 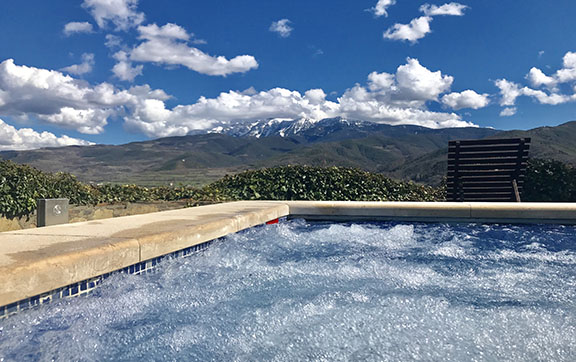 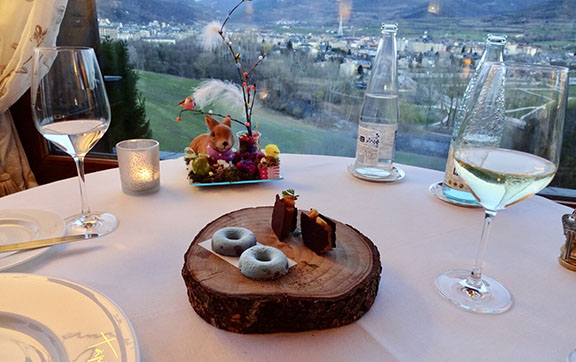 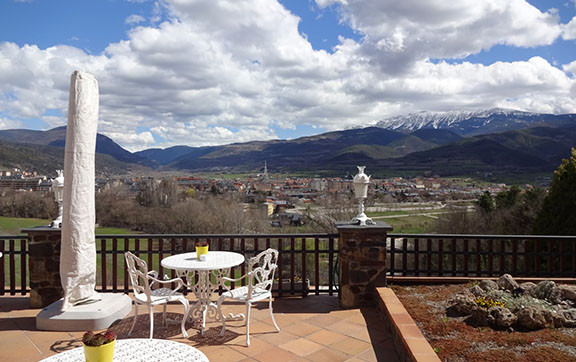 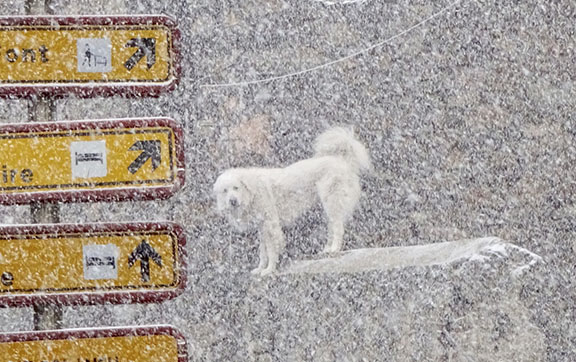 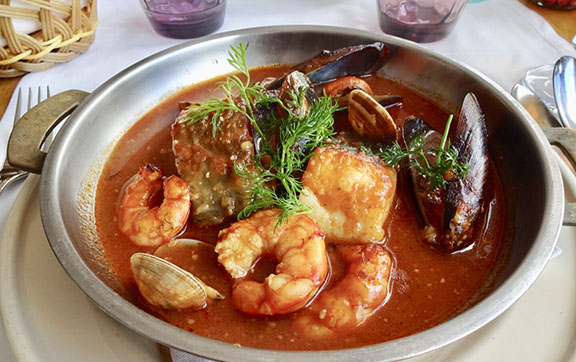 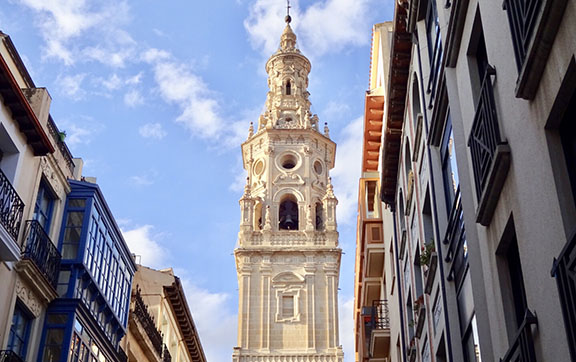 After a couple of days, we drove to the Capital of the famous Rioja wine region, Logrono. We arrived just before Easter and were treated to one of the special marches that happens all over Catalonian Spain at this significant time of year. The whole town was alive with people and it seemed that every man and his dog (literally) had come out for pre-Easter celebrations. We found ourselves marching along to the drums of this annual procession where they show respect by dressing from head to toe in traditional religious clothing. Logrono lives up to its reputation of having some of the friendliest people in this part of the world. 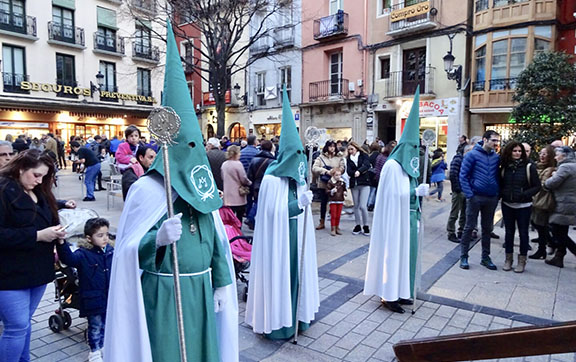 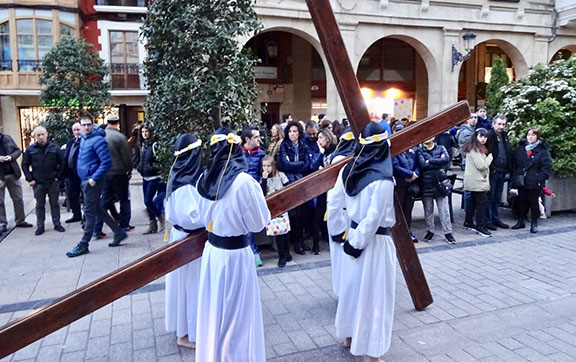 We then headed to San Sebastián. It has a large sandy beach in a huge naturally-sheltered bay. It has been the premier waterfront resort for the north coast of Spain for many years by combining the upmarket town with its buskers, artists and merry go rounds with the historic, narrow streets of the old town. You have to try one of the many Catalonian Pintxos bars where you can have a drink at the bar, pick from the selection of small dishes on show and pay at the end by showing the number of cocktail sticks. The Hotel Maria Cristina may be an option for a few days to soak up all that this coastal town has to offer. 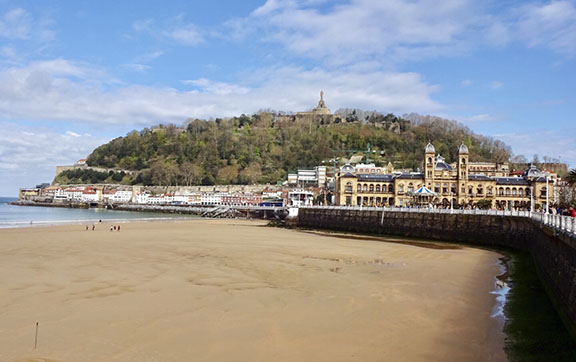 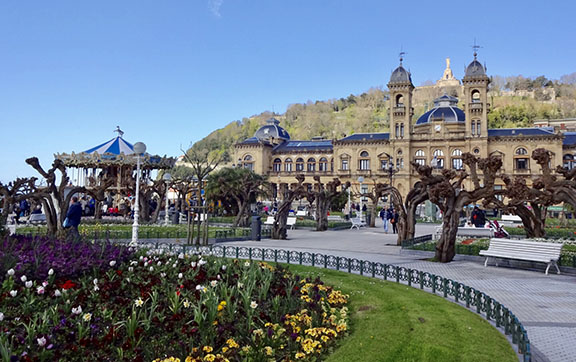 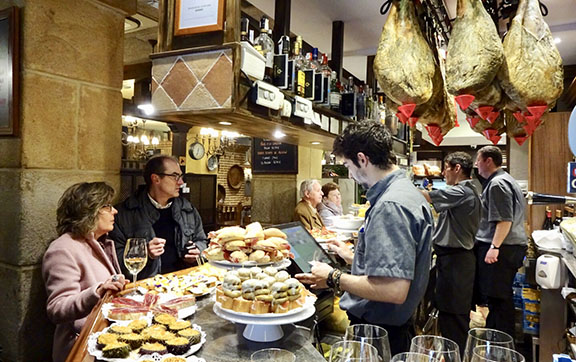 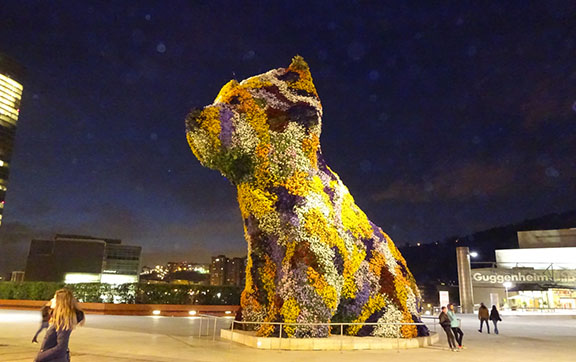 We had a short drive south to stay in Gran Hotel Domine Bilbao with its views of the Guggenheim museum and the Flower Puppy. In the week before Easter, the city comes to a standstill as all the various churches show respect by dressing from head to toe in traditional dress and marching through the streets joining other churches before finally congregating outside the Cathedral in the old town. Once again we joined the followers of the march for an evening that is unique to this part of the world. 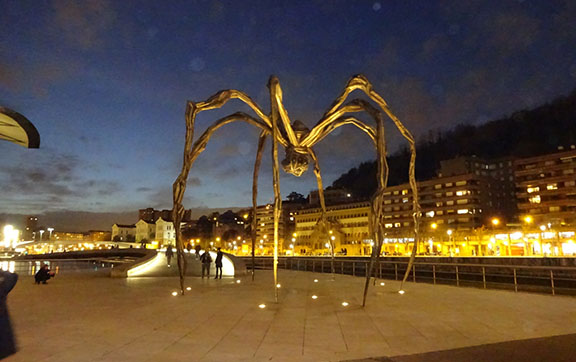 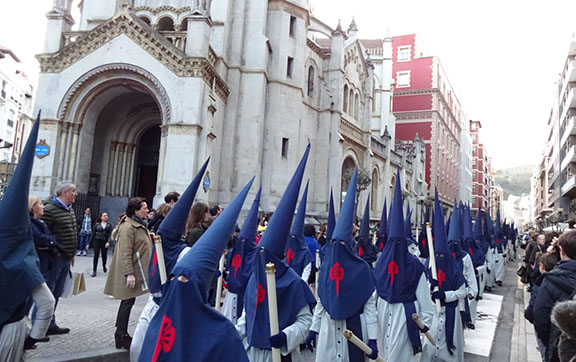 The end of the Camino or Pilgrim’s trail is Santiago de Compostela, the capital of the Galicia. Many decide to walk the Camino Trail for spiritual reasons; and it’s said that many others find spiritual reasons along the Way as they meet other pilgrims, attend pilgrim masses in churches and monasteries and cathedrals, and see the large infrastructure of buildings provided for pilgrims over many centuries. We stayed at Parador de Santiago or Hostal dos Reis Católicos which could possibly be the oldest 5* hotel in the world and right on the main square next to the cathedral. It was originally built in the 15th century as a hospital for Pilgrims travelling to Santiago. Ensure you upgrade to the 3rd floor with its ornate corridors and beautiful views of the four internal courtyards. It may have been one of the smallest rooms of our stay but the ambiance made it one of our favourites. I did take a peek in the lavish suite of rooms aptly named the Cardinal’s room if you want to book the best the hotel has to offer. There is an amazing restaurant in the cellars that used to be stables and before that the hospital mortuary. There are still rings on the stone pillars where horses were tied up. Go for the degustation menu which is incredible value with sumptuous courses and a very good selection of local wines. The cathedral is special but my tip is to avoid the crowds and pay 4 Euros to visit the Benedictine Monastery from the 10th century next door. The centrepiece of the monastary is an incredibly ornate main altarpiece, encrusted with carved saints, cherubs, flowers, plants, horses and bishops. And then behind it are the walnut choir stalls which each depict a different scene. Easily the best find in the town that will take your breath away. Thank you for the memories Santiago de Compostela. 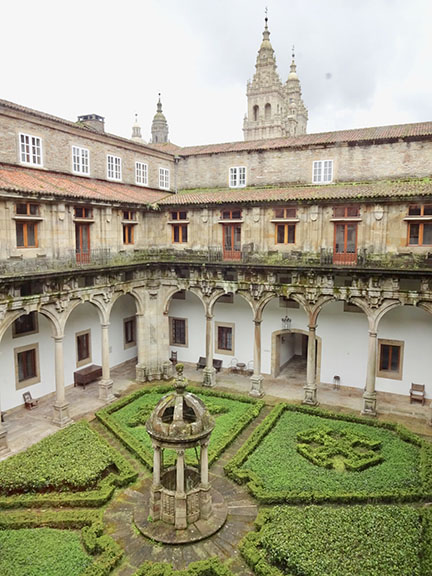 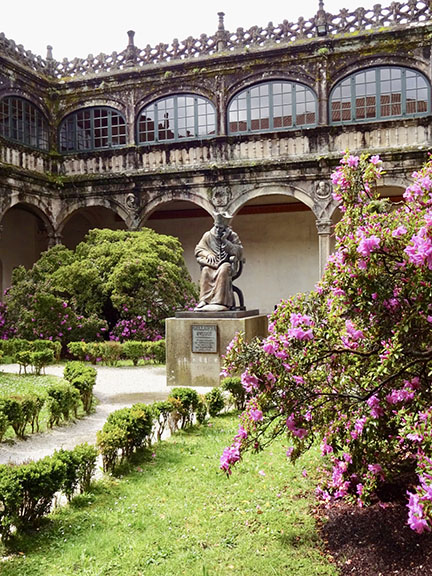 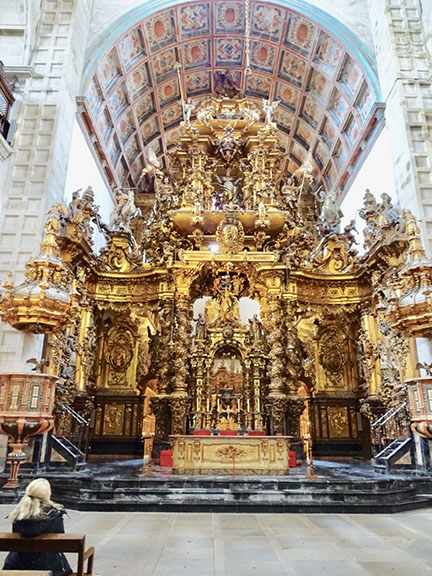